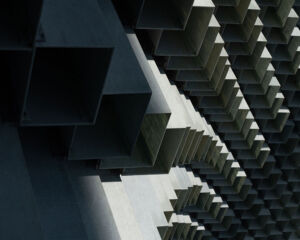 What are Relative Monopolistic Practices?

Relative Monopolistic Practices (vertical restraints) (RMP), as defined in the Federal Economic Competition Law (“LFCE” for its initials in Spanish), are actions taken by economic agents who, individually or jointly, have substantial market power and whose purpose is to unduly displace other economic agents, significantly block their market access, or establish exclusive advantages in favor of one or several economic agents.

Conducts that constitute monopolistic practices are specified and described in Article 56 of the LFCE[1]. In principle, monopolistic practices are deemed illegal and are sanctioned by the Federal Economic Competition Commission (“COFECE” for its initials in Spanish) in the event of deciding that they had an anticompetitive effect on the market under investigation. The foregoing notwithstanding, if the COFECE investigation determines that anticompetitive conduct on the part of an economic agent generates efficiency gains or favorably impacts competition and free concurrence processes thereby improving consumer welfare, said conduct will not be sanctioned.

Sanctions for relative monopolistic practices are set forth in the LFCE as follows: in the event of the COFECE determining that there are grounds for sanctions, its first course of action will be to instruct the economic agents in question to correct or discontinue any illegal conduct. It may also impose economic sanctions of up to 8% of the economic agent’s income.  In the event of repeated offenses, it may impose a fine twice as large and order the divestment of assets. Moreover, economic agents involved in relative monopolistic practices may be fined a minimum of 180 thousand UMAs (Units of Measurement and Update).

If you are unsure whether your conduct might be deemed a monopolistic practice under the LFCE, reach out to us: we will be happy to provide you with counsel.